It’s not every day at Nichols, or any college for that matter, that you see a course being actually created and primarily led by undergraduate students instead of professors. This semester an honors course being offered is unlike any other that has existed on the Nichols campus. How did this happen?

While talking to Professor Despain one day, juniors Karrie Gorman and Autumn Hicks, came to a startling realization that there’s nothing on campus that discusses the issue of gender roles or sexism. And with that thought, the idea for a gender roles class was born. Autumn and Karrie’s first task was to see the concept to Honors Program advisers Professor’s Hans Despain and Kellie Deys. The four of them comprised the course design team. The second step was recruiting enough potential students, which was also quickly accomplished. With these two hurdles overcome the college supported the idea fully. 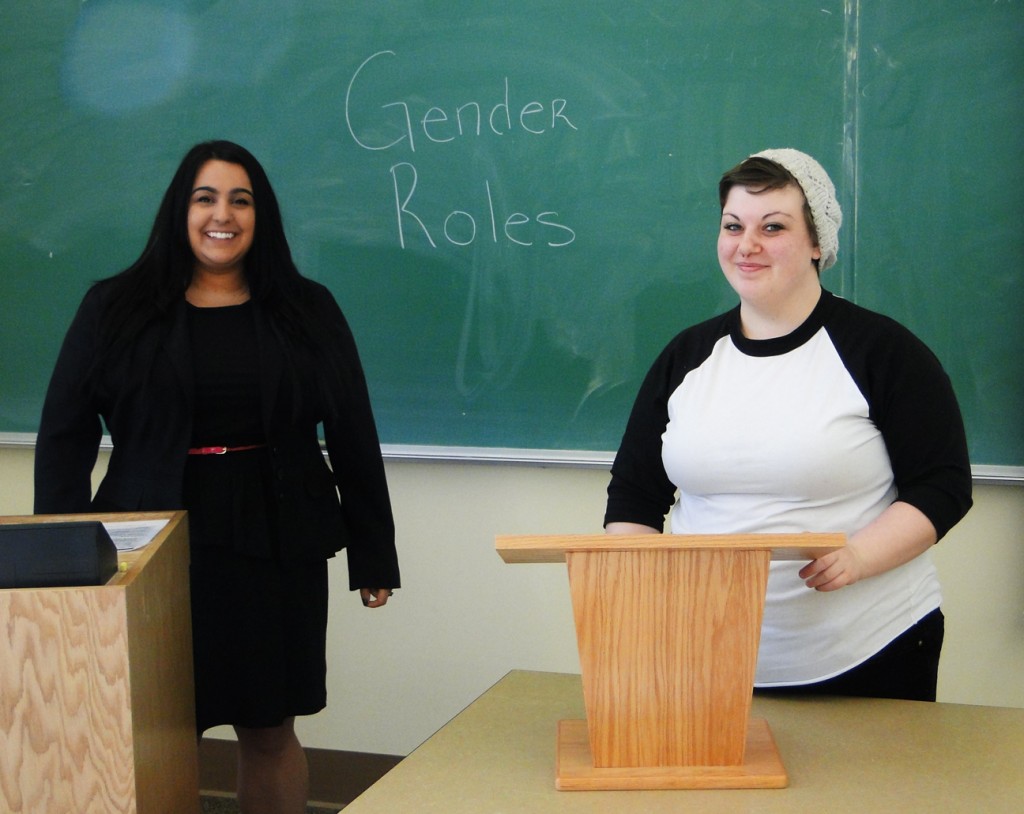 This is the first course at Nichols that has ever been primarily student taught and more student driven than ever. While Karrie and Autumn ultimately came up with the course, and created key exercises such as weekly journals, the class is helpfully guided by both professors. In a gender roles class, it is certainly interesting to have both a male and female perspective on certain topics in class.

The reason Karrie and Autumn felt this topic was so important was in part that Nichols, being a business school, attracts a larger percentage of
male students than female ones. It should be acceptable to be yourself but sometimes the pressure to be all business all the time can be overwhelming. Karrie said, “Girls basically have to be little men to be successful.” There are things that need to be improved on campus in terms identifying what actually goes on in society and how things are portrayed in the media.

When registration began the class filled up quickly with about thirty students, much more than expected. The course is discussion based where most meetings occur in a circle. The class will view clips online that have to do with gender roles, as well as read articles and novels revolving around the theme. The students are even encouraged to bring in “cultural artifacts” in which they see gender roles being displayed. By the end of the year each student will have completed a final project.

By the time the course ends Karrie says, “I hope it shows students they have power on campus, they need to speak their mind.”
We will be checking on the gender roles class at the end of the year to see how effective the course was for students and to look at some final projects.