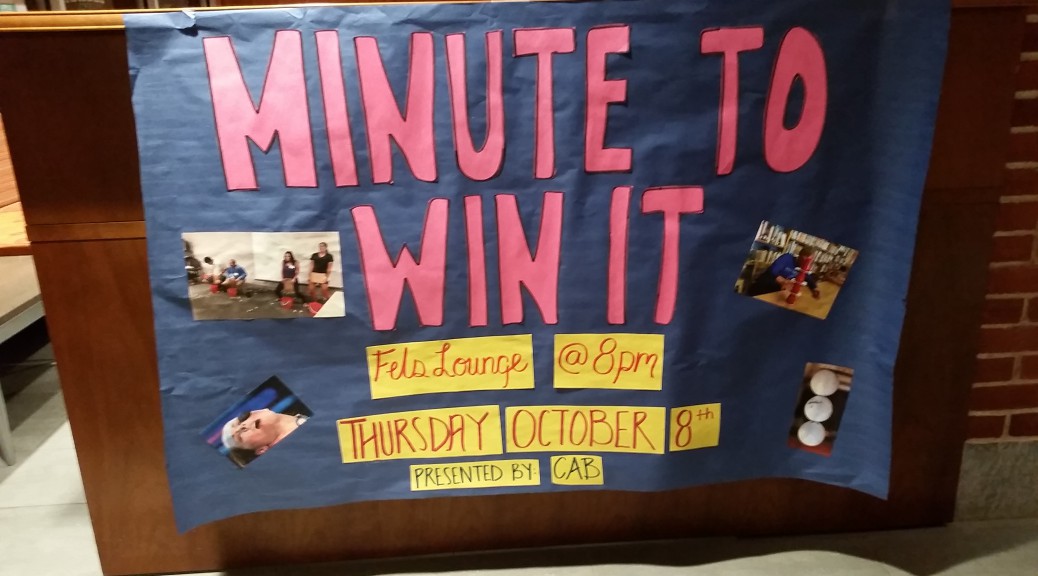 Nichols College’s Campus Activities Board presented to students a “Minute to Win It” competition Oct. 8 in the lower level of Fels Student Center. A TV game show that aired on NBC from 2010-2014, “Minute to Win It” is a series of minute-long challenges created with basic household items. Many students lounging in Fels opted to play once they saw all the fun their peers were having. The winner of each game was awarded prizes varying from bags of Halloween candy to gift cards and backpacks.

The first game was called “Office Tennis.” Teams struggled to play tennis with clipboards as rackets and crumpled-up paper as a ball. The object was to, as a team, get the paper ball into a trash bin. Teams were decided by random draw.

Other games that followed were “Uphill Battle,” “Baby Rattle,” “Floatacious,” and many more. “Uphill Battle” mimicked a pinball game. The contestant had to keep three marbles from falling off a slanted table using only a spoon. “Baby Rattle” was the loudest game; the object was to shake all the marbles from one empty soda bottle into another.

Although competition was fierce, everyone remained good sports about the games. The tasks may have been simple, but many were far harder than they appeared to be. “Floatacious” required the contestant to stack five empty cans on a plate floating on a bucket of water. This game grew tense as a number of contestants struggled to complete the challenge in under a minute. No one could stack the five cans, so the game was modified to four. 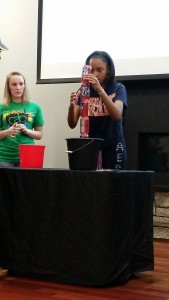 The “Minute to Win It” games were a great way to bring everyone together, and give students the chance to win some great prizes. CAB held this event to give students something fun to do on a Thursday night. Overall, the event was enjoyable for everyone; even students that just planned on watching got so absorbed in the action they, too, wanted to play. 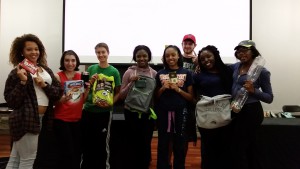