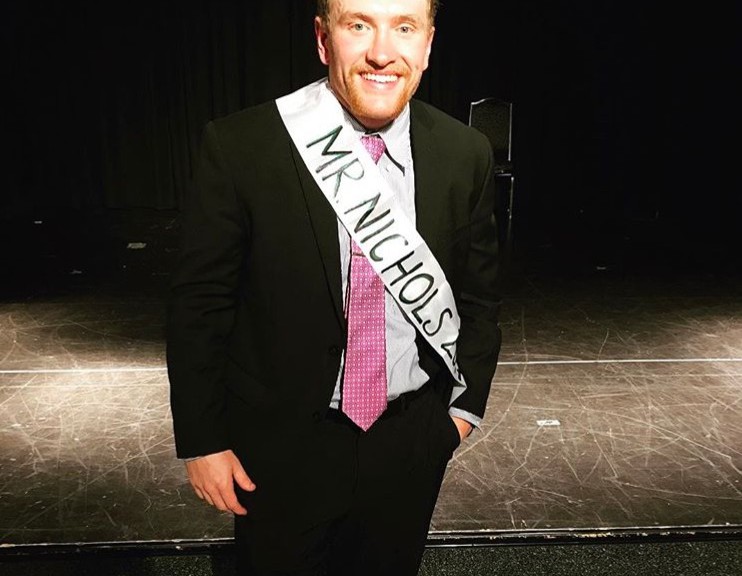 On April 21, the Mr. Nichols event took place. It is an event run by the sophomore class where two students from each class compete against each other, and the other classes, for the title of Mr. Nichols. Last year’s winner was Jaylen Obsey ’19, taking the crown during his freshman year at Nichols. This is a competition that takes a lot of time, preparation, and planning by each contestant.

To start the show, all of the contestants model on stage with their escorts and perform one big group dance. They then separate to show off their individual talents. There are four judges, who not only choose the winner, but also provide feedback to each contestant. The judges were Professor Brian McCoy, Advisor Janet Newman, Professor Melanie Fleming, and Professor Erika Smith.

Although this was a close competition, and a few of the contestants showcased their talents very well, the first place recognition went to Connor Leahy ‘17. “I think Connor deserved it; he not only had a great talent, but he really showed his Bison Pride here tonight,” said Marissa Piedmonte ‘19, who is the Vice President of SGA and coordinated the Mr. Nichols event.

If you would like the opportunity to be the next Mr. Nichols, there’s always next year! Can’t wait to see who will be crowned Mr. Nichols in 2018.