One of the most dominant brands in sportswear for 47 years. Kids grow up wearing the swoosh, thinking that one day they’ll be wearing that same swoosh in the NFL or on the PGA or LPGA Tour.  Nike knows their audience and they are one of the best in the industry at targeting the youth.  They know that if they can get the younger generation excited about their brand and stick with them through the years, then they will have a customer for life.

A few weeks ago, Nike put out a commercial to commemorate their 30th anniversary of the “Just Do It” campaign.  The commercial originally aired during the NFL season opener on a Thursday night against the defending Super Bowl Champs the Philadelphia Eagles and the Atlanta Falcons.  By the time the game started, everyone had already seen the commercial. 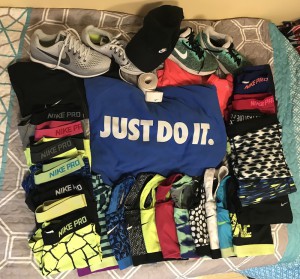 Even though it’s Nike, and they are a huge and well-known brand, I don’t think that many people saw an ad like this coming.  It got a lot of people talking both positively and negatively though, and in the end that is probably what Nike wanted.

What I find ridiculous are the people who are burning their shoes and cutting off the swoosh because news flash: Nike already has your money and could probably care less if they get your business again. Nike didn’t make this commercial to stand behind Colin Kaepernick; they made this commercial to get the younger generations to fall in love with their brand.  If Nike wanted to take a stand and back up their sponsored athlete Kaepernick, then they would have made an ad two years ago when he started to kneel for the National Anthem, but they didn’t because they are not in the business to take political sides; they are in the business to make money.

So, then, the question is: Why Kaepernick?  Why make him the voice in this commercial if they don’t care about the politics or standing up for what he believes in?  The answer is because he is relevant.  He has been in the news and on social media on and off for about two years now.  To bring him back up again and in a new light is genius by Nike because everyone wants to see what Colin Kaepernick is up to these days.  Nike makes his face the thing you see when you’re scrolling through your feed and you’re going to stop and watch the video because there is a relevant and controversial athlete as the face of the commercial.  The commercial itself has nothing to do with Kaepernick and his issues with the NFL, and if you watch closely he is even standing looking at the American Flag waving on the side of the building when you first see him.

The goal of this commercial for Nike was to gain the interest of young consumers in the long term.  Nike got the publicity they wanted and because the commercial itself was geared towards kids they now have a more loyal fan base in the teens.  Kids love to see the rebels on tv and they love stars who express emotions especially through sports.  They picked the right candidate to be the face and the narrator of the commercial.  They did just about everything right from the business perspective and have now grabbed the attention of the kids.

I consider that a success.