Jason Gonzalez spent twelve weeks in the Corrections Academy and that has led to recently being employed at the Worcester County House of Corrections as a Corrections Officer. This is an accomplishment to be proud of, all within several months of graduating from Nichols. As Jason started his speech to the Nichols students, he began with, “It was an experience I will never forget.”

Jason, who graduated in 2012, returned to campus to have a very enlightening conversation with the current Criminal Justice majors on his experience in his most recent endeavor, the Corrections Academy, and how Nichols has helped him on his path. Returning with Jason was 1970 Nichols graduate, Mike Bird who is now the Supervisor of Parole Board. 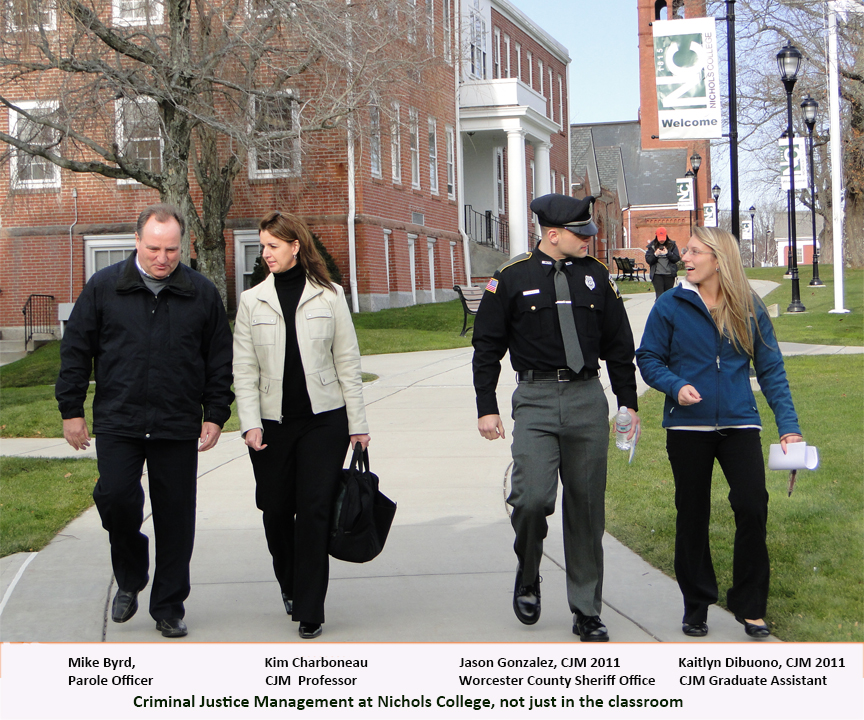 Throughout the discussion, Jason made it very clear that there are four main points he wanted to stress that are necessary in his career of criminal justice. The first one being, attend to detail. During his twelve weeks at the academy, detail during inspections and every day routines were key. Jason said, “Every day we would have inspections and I would fail. The field is truly not meant for everyone. I went into it blind and was shocked.” Being perfectly put together at all times is what may separate a good corrections officer from a targeted one. For instance if you don’t have your shirt perfectly ironed and tucked in, the inmates seem to take note on you and act on it. 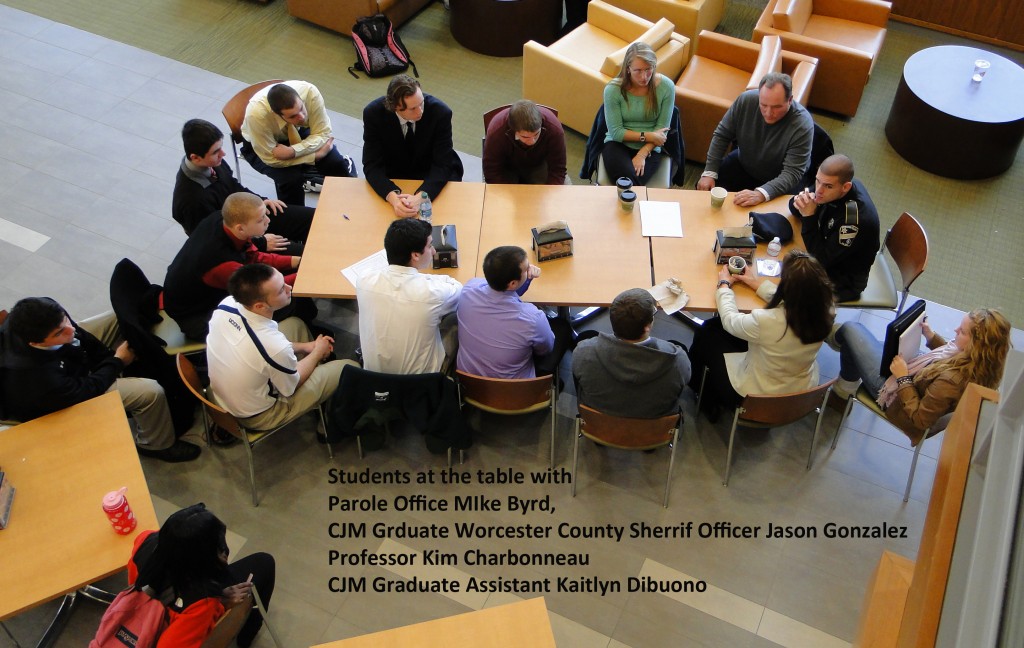 The second point Jason made was you must have precise communication skills. Although Jason works in a dangerous environment, he informed us, “I don’t carry firearms. I don’t have any spray or weapons. All I have are my communication skills.” This may come to a shock to most people but it really just proves how well you must be able to communicate. Jason pressed the issue that inmates are people too, and the best weapon is actually your mind and words.

Verbal Communication is absolutely necessary when you are dealing with people who haven’t been out from behind bars in so long. Jason said he learned most, if not all of his communication skills at Nichols. In his business communication classes he learned the importance of appropriate hand gestures and posture. Jason said, “You have to look squared away. All you have in this field is your reputation. You must demand respect, but most importantly, you have to give respect to earn it.”

The third valuable point Jason shared with the students is, start now. The most helpful thing a criminal justice major can do for themselves is start right now. Jason said, “Discover if you are fit for this field now. Shave every day, work out every day, and try to live the lifestyle that you would as a Correctional Officer. You’ll be more prepared and you’ll find out if it’s for you right away.” Nichols is great with helping criminal justice majors out in this area, considering there have been sixty internships in the past four years in the criminal justice program, with twenty-five this year alone.

Last but certainly not least, Jason suggested getting involved. When you are involved on campus, it makes you a well rounded person as well as helps you stand out. Jason had an outstanding academic and extracurricular background at Nichols. He was an RA for two years, Student Ambassador President, a member of the criminal justice club, a member of Investment club and also worked with Public Safety as a dispatcher. Jason said, “Getting a four-year degree is a social norm nowadays. Everyone has one. It is what you do while you are at school that sets you apart. Get involved.”

Jason was most grateful for the education he received while attending Nichols. More specifically, he was grateful for Professor Charbonneau, who helped him feel more prepared and confident in a field that often scares people away. Jason has gained so much knowledge from the criminal justice program here at Nichols; he has been able to use it on the job. For that, not only do his coworkers respect him but so do the inmates. So far, Jason has been extremely successful in his field and has been able to show his talent. Now, Jason is first on the list for the Smithfield Rhode Island Police Department.