Taylor Therrien knew from a young age that she wanted to own and drive a race car someday. When her dad told her to save her money, she did just that. At the age of fourteen she went up to her dad with all the money she had saved, which was enough to purchase a car. They purchased a Dodge Charger and then worked on it to prepare it for racing. 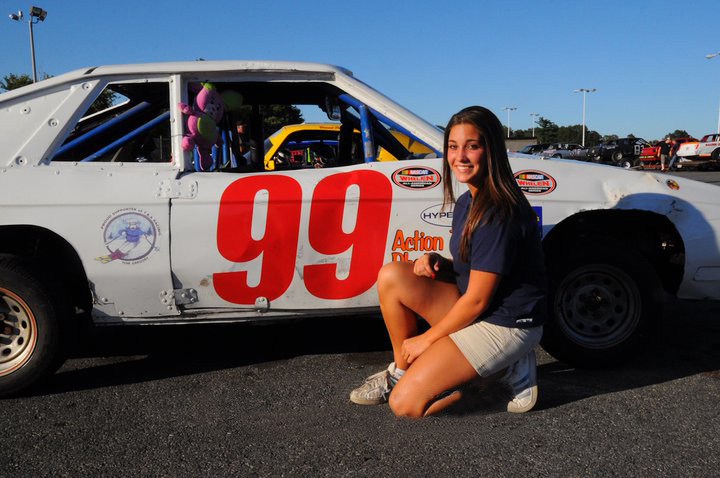 In 2009, she broke through the racing circuit at Seekonk Speedway, participating in the races that take place every Friday night. In her rookie season, she earned two feature wins. After four seasons she has a total of nine wins and earned the “Most Popular Driver” award for the Sport4 division. She is one of five women that participate on Friday nights and there are a total of eleven divisions. In the 2013 season Taylor will be moving up to the Sport Truck division which is a big accomplishment for someone who is still only nineteen years old. The truck is currently being modified, and after the modification are done, the truck will visit Nichols College.

Taylor loves Nichols College for numerous reasons and is glad that she made the choice to come to here. She first received a post card from Nichols that caught her eye and was very personal. Then Taylor decided to make a visit, and this gave her a good idea of what being a Bison was like. She noticed how teachers knew students on a first name basis and that gave her the feeling of being part of a community.

Since Taylor is a Sports Management major, she has had a lot of contact with Professor Lipptrap and Professor Harmon. She says they have both spent numerous hours helping her to succeed more and more each day that she spends at Nichols. All of Taylor’s hard work over her past two years here is starting to pay off. She has landed a practicum with the Providence Bruins, and A.H.L. affiliate for the Boston Bruins, for the spring semester. She notes that this opportunity, along with all the other connections that the school possesses, will help her succeed in the work place and in finding a job after her graduation in 2015. Her career goal is to work for the New England Patriots or New Hampshire Motor Speedway.

Taylor makes a valid point when she states, “Nichols isn’t small, it’s just close knit.” The closeness of the Nichols community makes this a special place for Taylor and many other students. Students like Taylor realize that the one on one attention the school provides will help the success of graduates in finding a job after graduation. Taylor is a resident of Coventry, Rhode Island and commutes back and forth to school on days she is in class. For Taylor, it is worth it to make an hour drive everyday to be at a school that will lead her to success in the future. She is clearly driven not just on the track. 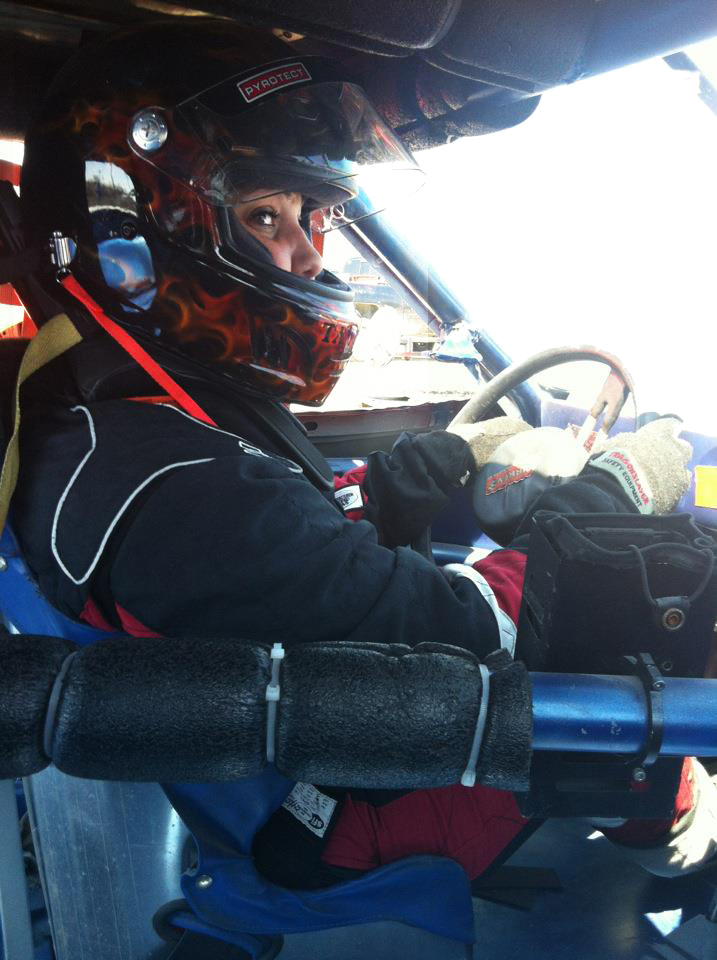