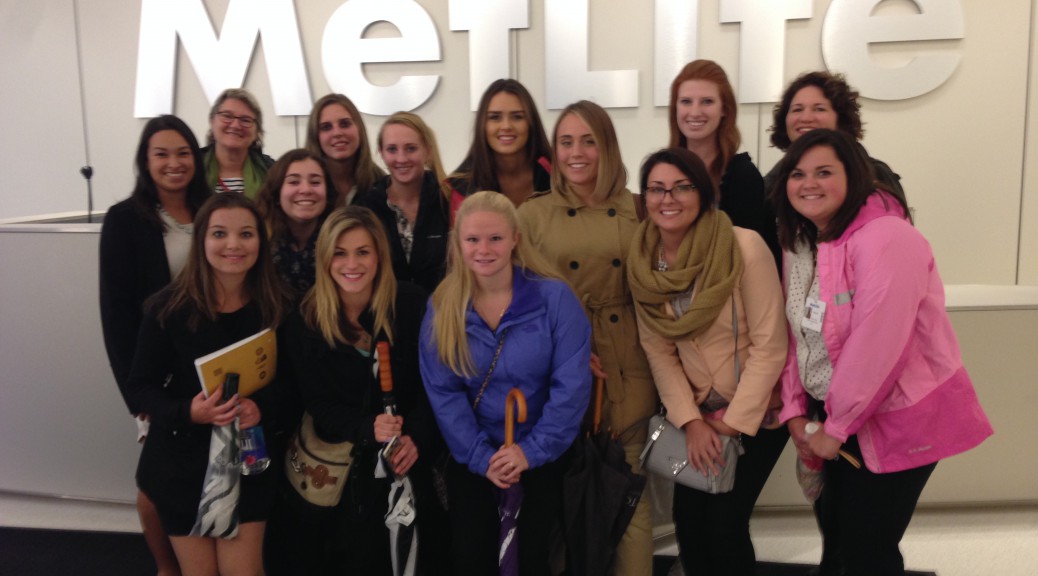 Nichols students seized the opportunity Oct. 1 to travel to New York City as a part of the College’s “How Women Lead” course. During the trip, the 12 female students toured companies to meet with female executives and participated in cultural activities.

The two chaperones on the trip were Jean Beaupre, assistant professor and faculty director for the Institute for Women’s Leadership at Nichols; and Human Resource Management Professor Libba Moore. The two co-teach “How Women Lead.”

“We wanted to expose students to good examples of female professionals and the challenges they face in the workplace,” explained Beaupre.

The women of Nichols were able to meet with six executives at Cammack Health in Manhattan and ask questions about career paths, gender issues, and work-life balance. Cammack Health is a small company with about 40-50 employees that stresses equality among men and women professionals.

Mary Daly, a junior accounting major and business communication minor at Nichols, said she received valuable advice from the executives at Cammack.

“(One executive) told us not to reject an opportunity if we feel that we’re not capable, because there are resources to help us through it,” she said.

Mary also learned that it’s important to find a job that feels right and that it’s okay to say no sometimes because there will always be other opportunities.

Savannah Goodrich, a senior general business major, realized what type of work environment she’s attracted to during the tours.

“I think it is really important to me to work at a small company someday. I would rather be known as a person, by name, rather than a badge ID number.”

The second corporate tour was at MetLife, a massive company with over 10,000 employees. Students met with three female executives in a large conference room overlooking the Big Apple to discuss the “Lean In” movement. Lean In is a book written by Facebook CFO Sheryl Sandberg that aims to teach women in the workplace empowerment skills, and it has grown into a nation-wide movement. MetLife has promoted Lean In Circles since the concept was introduced a few years ago and is making progress toward gender equality in the company. Overall, MetLife finds importance in letting all of their employees grow within the workplace; there are chances to advance and change positions so employees aren’t restricted to one department.

The students were able to talk about their own Lean In Circle that has started on the Nichols campus. The Lean In Circle is designed to be a safe place for women where they can share their experiences and learn to assertively promote themselves.

Besides business tours, students were able to see other parts of the city such as the 9/11 Memorial and enjoy a meal in Little Italy. They also made a trip to Broadway to catch the theatrical production Kinky Boots. The professors felt it was important to expose students to all different aspects of the city. 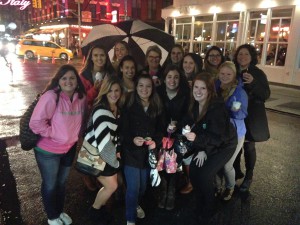 Mary explained how the trip brought the class together.

“We were able to grow as individuals and as classmates throughout the trip, and it makes the ‘How Women Lead’ class much more fun, because we all bonded in New York.”

Each student was required to research the companies prior to the New York visit and write a reflection about the experience afterward. The trip was also offered last year, but funding determines the agenda on a year-to-year basis. 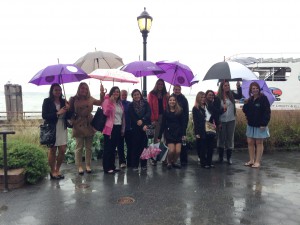