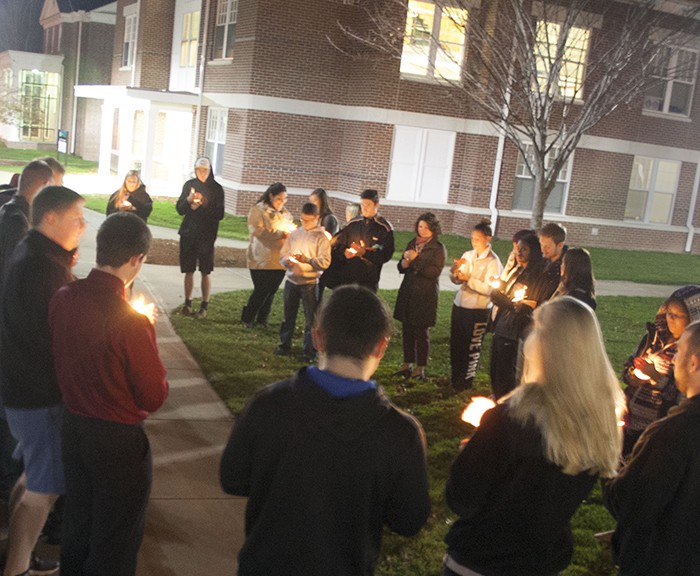 A candlelight vigil was held Nov. 16 on Nichols College’s Copper Beech Quad to remember the victims of the Nov. 13 Paris terrorist attacks.

Students gathered in a circle; each was given a candle to hold. The circle started off small, with only a few students involved, but it quickly grew as more walked toward it and wanted to show their support and respect for the victims. What was amazing about this vigil is that each candle was lit from someone else’s candle, connecting every student involved in this lighting, bringing everyone together.

Dean of Students PJ Boggio shared a few remarks and opened the circle up for any student who wanted to talk about the attacks. I found the moments of silence held for the victims to be most comforting and impactful. Even though no one was talking, you could still feel the care and sympathy students had for those affected. I’m thankful to the College for giving my fellow students and me the opportunity to express our condolences and show our respect for the victims through the vigil.