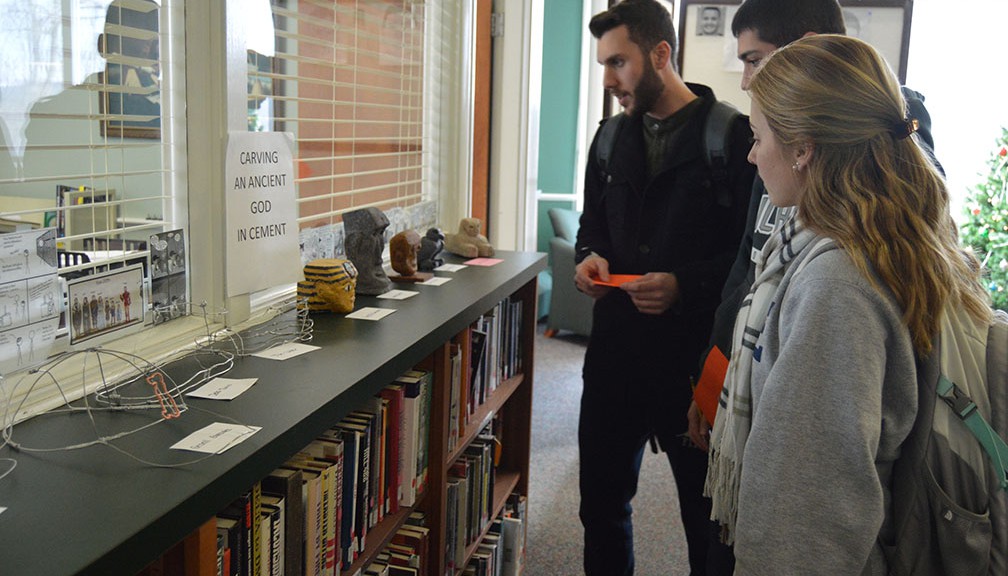 A student art show was held in the library on Dec. 9 at 1:30. Most of the artwork was created in Professor Warren’s Intro to Sculpture course. On display were fantasy creatures made with stoneware clay and painted, ancient Gods carved from cement, and seashell duplications made from clay. Mermaids, Cyclops, and Stitch (from the Disney movie Lilo and Stitch) were part of the fantasy creatures. The carved ancient Gods represented Egyptian figures such as Ra and the Sphinx. There were also wire sculptures designed to copy the outlines of shoes and hats.

Aside from sculptures there were some self-portraits drawn by students on display. Hot cocoa and candy canes were provided by the Fischer Institute; attending the art show earned each student a cultural credit. Students had an enjoyable time showing off their artwork and mingling with friends. The library was filled with people coming in and out to check out the art show and take advantage of the second to last cultural credit of the semester.